SPEAKING IN A COMMONS DEBATE ON FOREIGN POLICY, 10TH SEPTEMBER 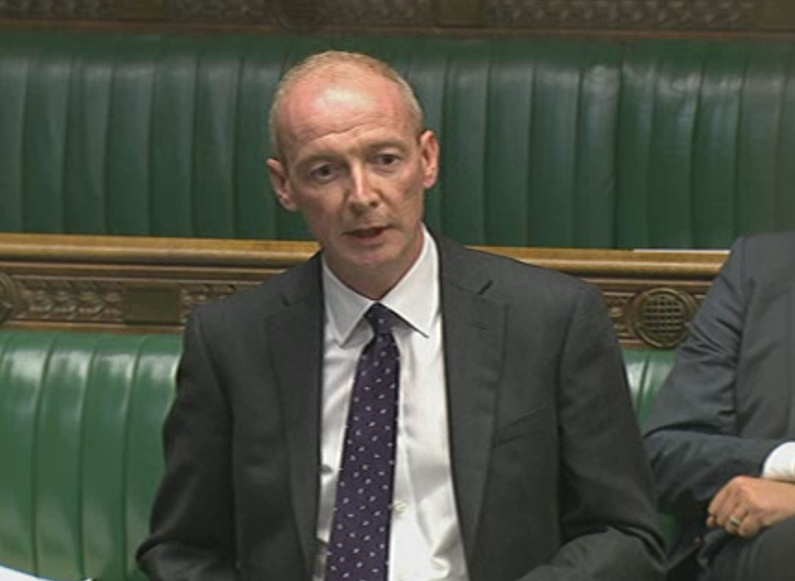 The shadow of the past is long in debates such as this, particularly the House’s decision just over 10 years ago to go to war in Iraq, but also the decision last year not to intervene militarily in Syria. There is no doubt that past decisions that we have taken have angered jihadists, but although we acknowledge that, it is important also to say that it is a fundamental and dangerous misconception to think that the ideology of Islamist extremism stems only from the decision on Iraq or exists only as a response to western foreign policy. That misconception must be dealt with, because for as long as it prevails, we fail to understand the threat that we face and are encouraged to believe that we can somehow opt out of it.

We should not forget that it was two years before the invasion of Iraq that the attack on 11 September, the anniversary of which is tomorrow, took place. We should not ignore the fact that we took a decision not to intervene in Syria last year, yet today it is the global headquarters of violent jihadist extremism. There has been no western intervention in Nigeria, yet Boko Haram wreaks havoc, kills civilians and kidnaps schoolgirls.

There is an imperialist conceit that suggests that foreign policy is divided into a world of adults, such as the United States and the United Kingdom, and other countries or forces, which are children. It is not true, and it absolves others of responsibility for their actions. We live in a world of adults and adults. No one forces anyone to bomb a marketplace or behead an innocent journalist on video. Those actions are the responsibility of those who carry them out, and it is important that we are clear about that.

The issue is not whether we have to respond but how. Withdrawal from the world’s problems has become quite fashionable-“Nothing to do with us,” “All too difficult,” or even, at its worst, “Let them kill one another.” That is not only morally bankrupt but against our own interests, because in an interconnected world we cannot opt out of facing threats. Violent jihadism has already taken innocent lives in this country and indeed this city, and it can do so again in the future.

The Prime Minister is right to define this as a generational struggle, but definition takes us only halfway. We also have to will the means to respond. President Obama will set out his strategy on the response to ISIS later today, and in all likelihood it will include an element of military response. At some point, we will be asked whether we want to join in and support that action. It is good that we debate that and learn the lessons from the past, but we must not be imprisoned by the past. If we are to set out conditions for joining in action, let us do so, but let us not have an ever-lengthening list of conditions that are designed not as a means of reaching a decision, but rather as a means of never having to take one.

Mr Stephen O’Brien (Eddisbury) (Con): The right hon. Gentleman is making a powerful point. With the thinnest of resources in our Foreign Office and intelligence services, and without the aid or contribution of the United States, what lessons might we draw from what happened recently in Mali and the Sahel, where early intervention was able to repel al-Qaeda, which has been the closest to our shores most recently? Does that show that we need a unity of approach, and development, governance and security at the same time and not as choices? Early intervention to repel the threat has delivered a success, and that is noticeable by its omission during today’s debate.

Mr McFadden: The hon. Gentleman makes a powerful point and, as has been said several times, it would be wrong to draw the lesson that we have been here before and that intervention is always wrong.

Let me return to the issue of values, because too often we debate such things as though they are only a question of military action or not, and we forget to stress what we believe in and why this threat is so important. The values that we are familiar with are no less important because we are familiar with them: Governments elected by the democratic will of the people and where power passes peacefully if the people change their minds in a subsequent election; equality for men and women; freedom of speech; freedom of religion. In this country, people can go to the mosque on Friday, the synagogue on Saturday, church on Sunday, and many can say that they do not want to go to any of those. Those are fundamental freedoms.

The problem is not Islam. Islam is practised peacefully by millions of people in this country and throughout the world, without doing any harm to anyone. The problem is that strand of perverted religion which says that co-existence is impossible. We must stand for co-existence and for the pluralism of a society that says that there is no single truth that everyone has to sign up to and believe. Pointing a gun at people’s heads and saying, “Convert or die” is the absolute antithesis of the pluralism, democracy and equality in which we believe. This is not just about military action; this is about our values. If we retreat from the world and do not take on this fight, we will end up with a diminished, shrunken Britain. That should not be our vision for the future or what we stand for.