Pat McFadden MP continues to campaign for fair funding for West Midlands Police as shocking figures reveal the region is hit with its worst crime wave in a decade. 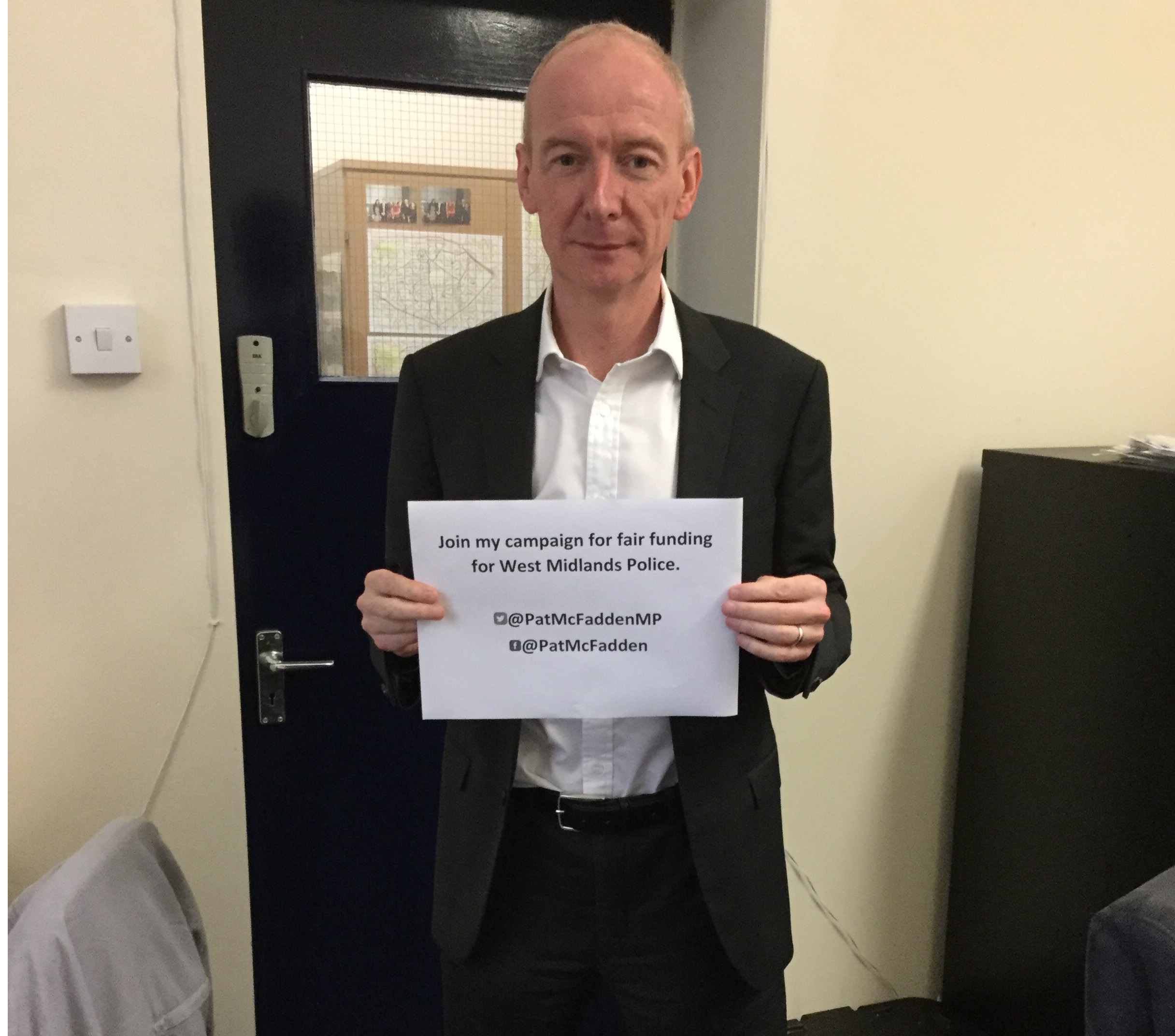 A fortnight ago, Pat McFadden MP launched his campaign for fair funding for the West Midlands Police and continues this campaign in light of the shocking crime figures revealed yesterday.

Pat said, “Constituents regularly contact me about crime and policing, it’s an issue that I take very seriously because if our streets don’t feel safe and if our community doesn’t feel safe then people aren’t free to lead their lives normally without fear. The figures revealed yesterday are shocking with domestic burglary and vehicle offences both up by 1/3 and robbery up by nearly 1/4. This fits in with what constituents are telling me”.

Pat has encouraged his constituents to fill out a survey so that he can hear their views on; crime, policing and safety on our streets.

In the West Midlands, we’ve lost 2000 police officers in recent years and these losses come at a time when the country is facing an increased terrorist threat.

Pat added, “I believe that we need to pay our police properly but we also need enough officers on our streets. I will continue to campaign on this issue over the coming weeks and I would encourage local people to join my campaign and take my survey”.

Pat’s survey can be filled out here;