The Wolverhampton South East MP called on the Minister today for fair funding for police across the country and here in the Midlands too, he said “the community deserves real protection against crime”.

Pat launched his campaign for fair funding for West Midlands Police back in September. Since the launch of his campaign he has; met with WM Police and Crime Commissioner to discuss the alarming rises in local crime, he has campaigned in his constituency on the issue and has encouraged his constituents to fill out a survey so that he can hear their views on; crime, policing and safety on our streets.

Pat today continued his campaign in a Westminster Hall debate where he noted that people on lower incomes are suffering the most with the current cuts in police funding. He said, “If people do not feel safe in their community, if they don’t feel safe on their streets, if they don’t feel safe in their homes then they are not free to go about their lives. Fear of crime destroys liberty, and nor does this apply equally. Lower income communities and people on lower incomes suffer the most because they don’t have the options available to them as some wealthier citizens. They cannot live in a gated community, they don’t have the option sometimes of moving to a more expensive property perhaps in an area with lower crime. So, crime is an issue not just of safety, it’s an issue of liberty and it’s an issue of equality too. And that is why we should be deeply concerned at the juxtaposition of falling police numbers and rising crime which is what the country now faces.”

Pat received cross-party support on his comments, firstly from the sponsor of the debate Rt. Hon Ed Davey MP (Liberal Democrats) and also from members of his own party.

Pat concluded his speech in today’s debate by making an appeal to the Minister saying, “enough is enough, cuts in policing have gone too far- it is affecting people’s liberties and it is an issue of equality too. We want to see fair funding for police across the country, so that we can give the community the visible presence and real protection in crime that they deserve.”

Below, there are a snippet of the results from the recent survey that he undertook in his constituency on police, crime and safety. 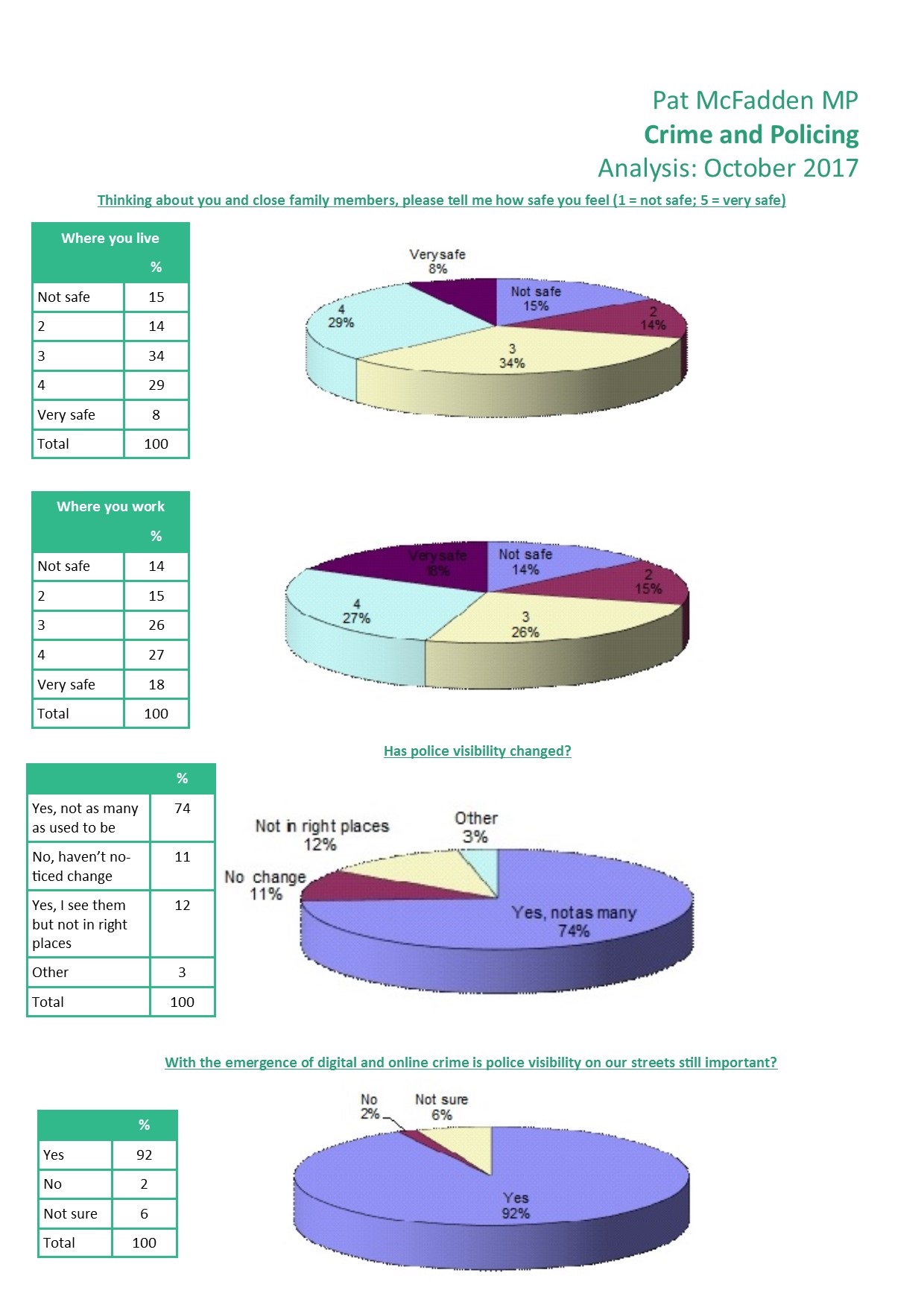 Pat commented on the results saying, “What stood out for me was that 18% of constituents felt ‘very safe’ at their workplace compared with only 8% who said they felt ‘very safe’ at home. I called on the Minister today in Parliament to end police funding cuts because I want my constituents to feel safe at home, at work and within their communities.

A staggering 74% of constituents noted that police visibility has changed and that there were not as many officers as there used to be. In the debate, I noted that £145M has been taken from the West Midlands Police force budget due to Government cuts in recent years. This has meant a reduction of 2,000 officers and reductions in non-uniformed staff since 2010. Taken together with the terrorism threat and the recent rises in crime this is placing the force under severe pressure and my constituents are being affected by this.”

To join Pat’s local campaign for fair funding for West Midlands police, you can fill out his survey here;

A full Hansard report from this debate will be available from 08/11/2017 here;