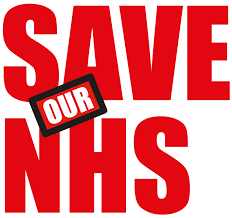 As we learnt yesterday that the NHS is “haemorrhaging” nurses with one in 10 now leaving the NHS in England each year, figures show.

The figures represent a rise of 20% since 2012-13, and mean there are now more leavers than joiners. Nurse leaders said it was a “dangerous and downward spiral”.

Following this news, Pat McFadden MP (Wolverhampton South East) has called on the Government, once again, to fund the NHS properly as it sinks further in to crisis. In the video below, Pat says;