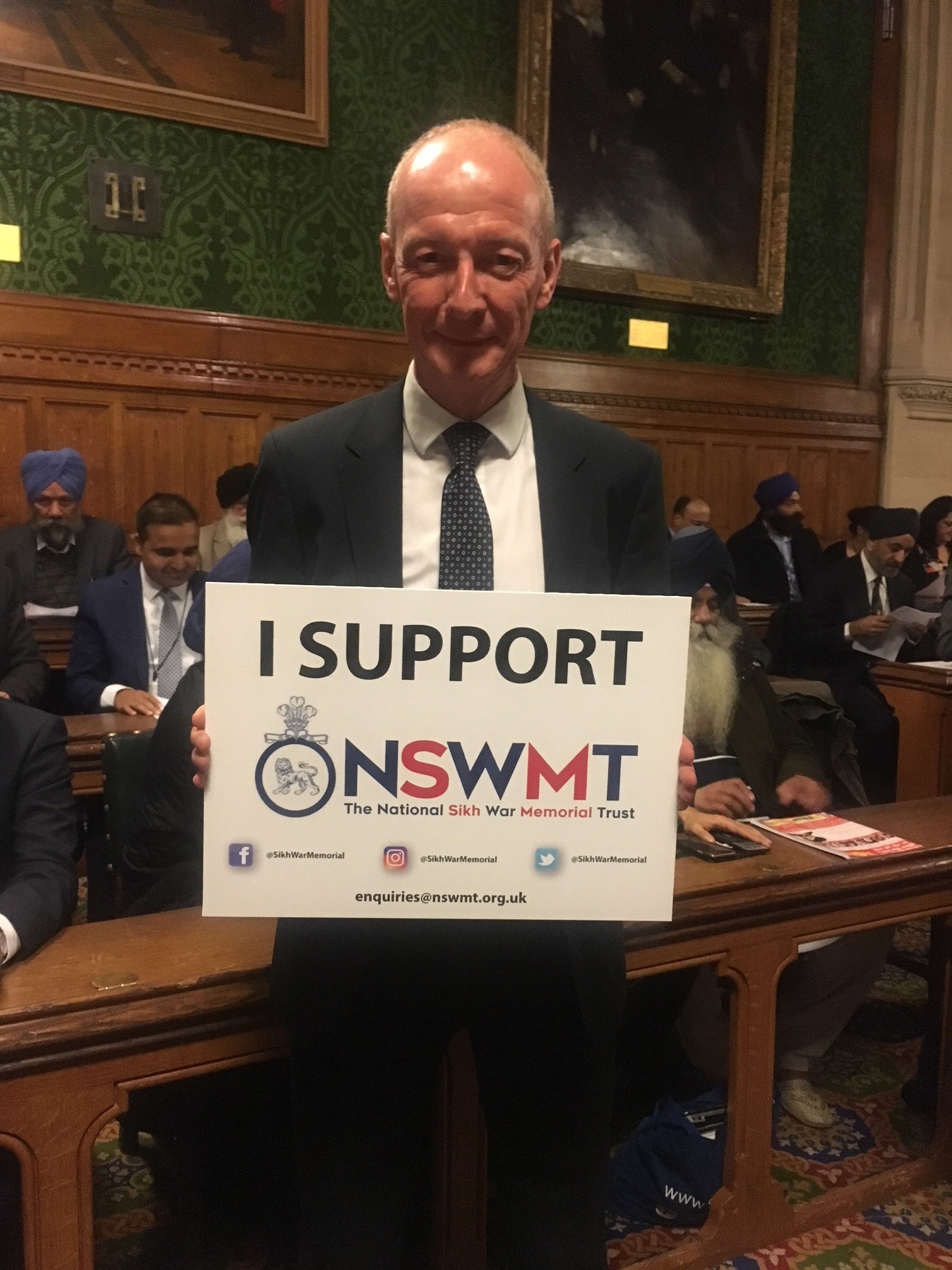 Pat McFadden MP attended a packed event in parliament on Tuesday 30th January to support calls for a national Sikh War Memorial to be erected in central London.

The campaign has been running for some years but has achieved added energy and focus through the leadership of Tanmanjeet Singh Dhesi MP and the support of the Mayor of London Sadiq Khan.

The meeting heard how £375,000 has been pledged by donors for the erection of the memorial to commemorate the 80,000 Sikh soldiers who died fighting for Britain in two world wars and that close work is taking place between all interested parties and the Mayor’s office to identify a suitable site.

“I have supported the campaign for a national Sikh War Memorial for many years. The Sikh contribution to the United Kingdom’s military effort in two world wars was immense. It is estimated some 80,000 Sikhs died fighting for the allied cause across both world wars and I believe it is right that this sacrifice is properly recognised through the erection of a dedicated memorial. I pay tribute to Tanmanjeet Singh Dhesi, the MP for Slough, who has brought real leadership and focus to this campaign and to all the funders who have pledged to help meet the costs.”