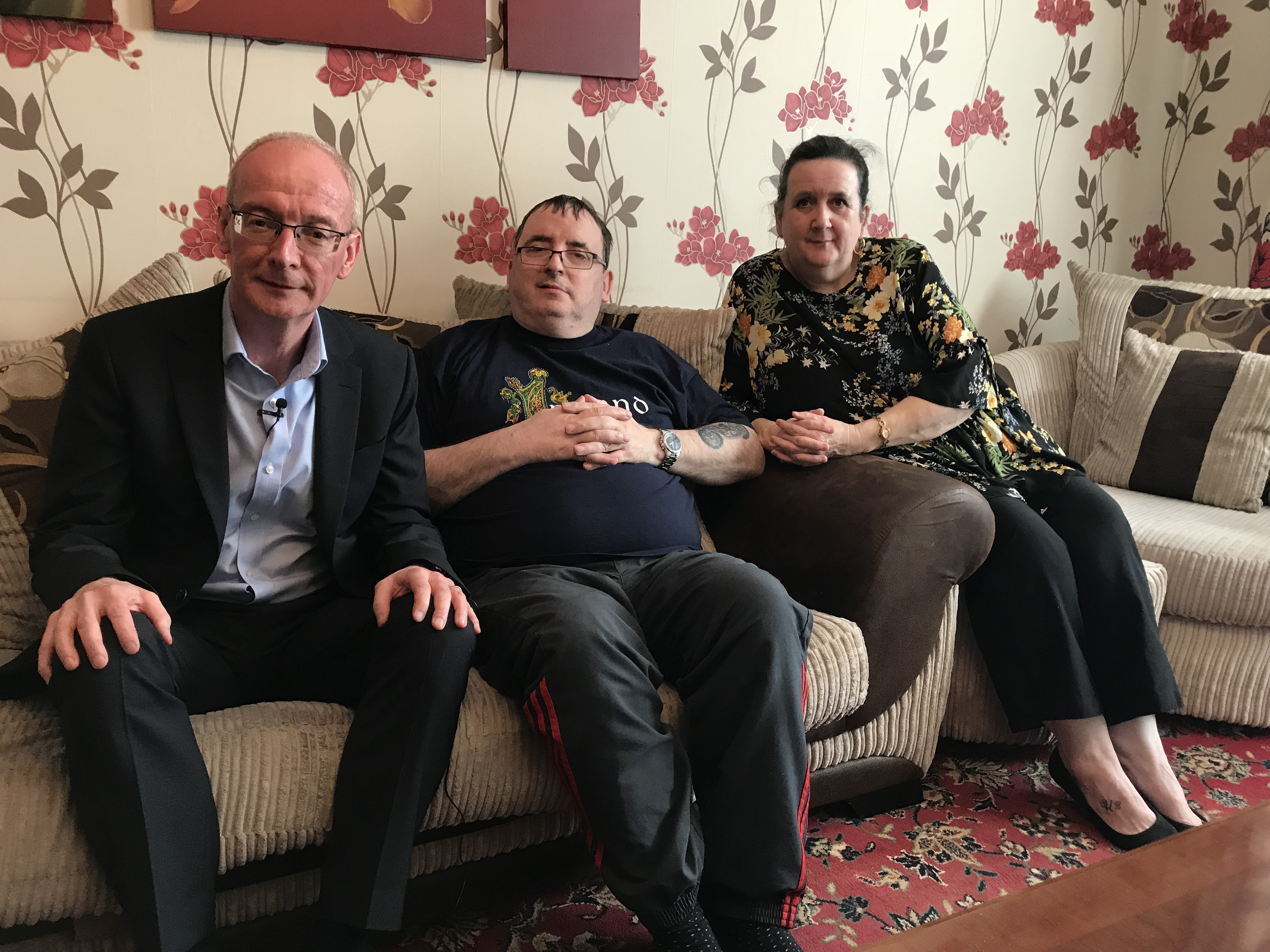 Martin Wright (a constituent of Pat McFadden MP) suffered a terrible accident at work a few years ago.

The accident left him disabled and unable to work. Martin was in receipt of disability benefits (PIP) and although his condition is not changing or improving he has been reassessed three times in the last three years. Most recently, he seen his PIP payments reduced as he was assessed incorrectly. His MP, Pat McFadden took up this case after being approached by Martin’s wife Barbara and he contacted DWP and raised the issue with the minister in Parliament (as per e-mail below). Following Pat’s persistence with this case, the DWP have now assessed Martin properly and reinstated his disability payments.

Pat commented, “I am pleased to say that the Department of Work and Pensions has now restored Martin’s PIP allowance and also given him a guarantee that he won’t be reassessed for a further ten years. I’m really pleased for Martin and for his wife Barbara who has fought so hard for him but I’m also concerned that too many other people are suffering the kind of decision that Martin suffered unfairly. I don’t think this system is working properly, I think it needs fundamental reform, I think it’s inhumane at times in the way that it works and I want to see fundamental change in it so that more people can get a fair decision.”

Martin and Barbara commented, “We really want to thank Pat McFadden and his team for all of their support with this. We were so panicked and worried when they reduced Martin’s payments and left us with significantly less money to live on each month. It is important that people are treated fairly and with Pat’s help we’ve been able to fight our unfair treatment. This isn’t something that has just happened to us, it’s happening everywhere with PIP and it needs to change”.