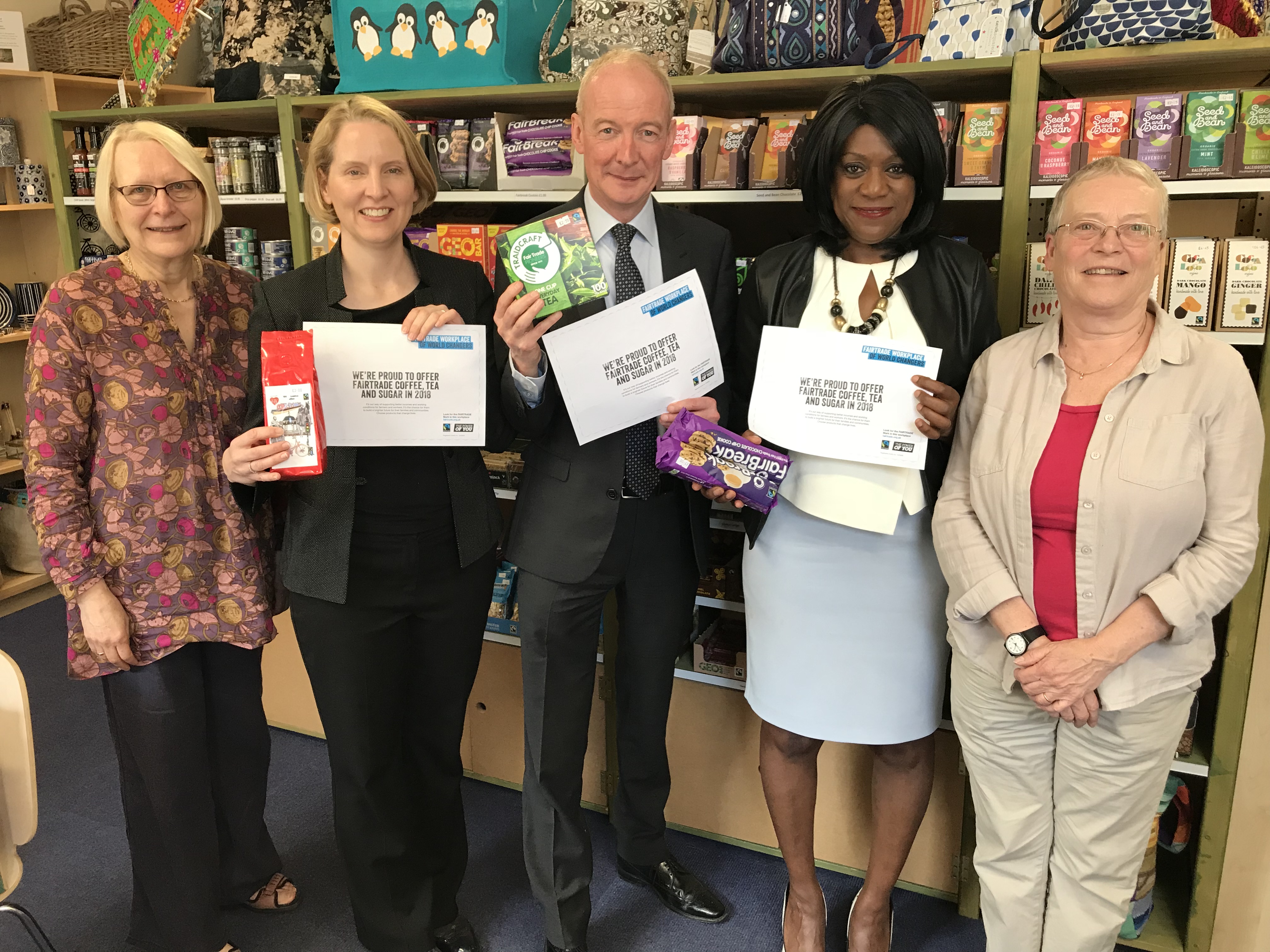 The three Wolverhampton MPs have become ‘Fairtrade Champions’ as they have made their constituency offices ‘Fairtrade Workplaces of World Changers’.

Pat McFadden MP (Wolverhampton South East) holds the seat that the late Lord Bilston (Dennis Turner) once had. Dennis was the Chairman of Wolverhampton City Fairtrade until he died in 2014. As an MP for Bilston he had been instrumental in launching the City’s bid for Fairtrade status in 2003. When the City achieved that status in 2004, he took on the role of chairman of the Partnership and served in that capacity until a month before his death. He also served for a while as chairman of the House of Commons catering committee, where he tried to ensure more Fairtrade items were used in Westminster catering.

Pat McFadden who holds Lord Bilston’s old seat said, “What we’ve committed to is a small step but small steps can make a worthwhile difference. With every cup of tea and coffee we are trying to make a difference which includes adding to the Fairtrade Premium so that farmers who produce these products can invest in their businesses, and both farmers and workers in community projects like better health facilities and clean water.”

Emma Reynolds, Wolverhampton North East, commented “I’m delighted to become a Fairtrade Champion, I’m very proud of the Fairtrade Partnership in Wolverhampton who are putting Wolverhampton on the map for Fairtrade and the legacy of Lord Bilston who did so much to promote Fairtrade in the City. I’m going to be serving Fairtrade coffee, tea and sugar in my office to staff and anybody who visits and I’d encourage businesses in the public and private sector to do so too.”

Paul Birch, who is a constituent in Wolverhampton South East and also a Fairtrade coffee producer added, “For those of us that care about international development, and recognise the need to eliminate poverty, Fairtrade is a practical, identifiable means by which ordinary people can make extraordinary change to families, working all hours but earning starvation wage. The Fairtrade promise guarantees farmers are paid fairly, even when world commodity prices tumble. Through agricultural cooperatives their communities benefit from the premium, to invest in housing, education and healthcare”. 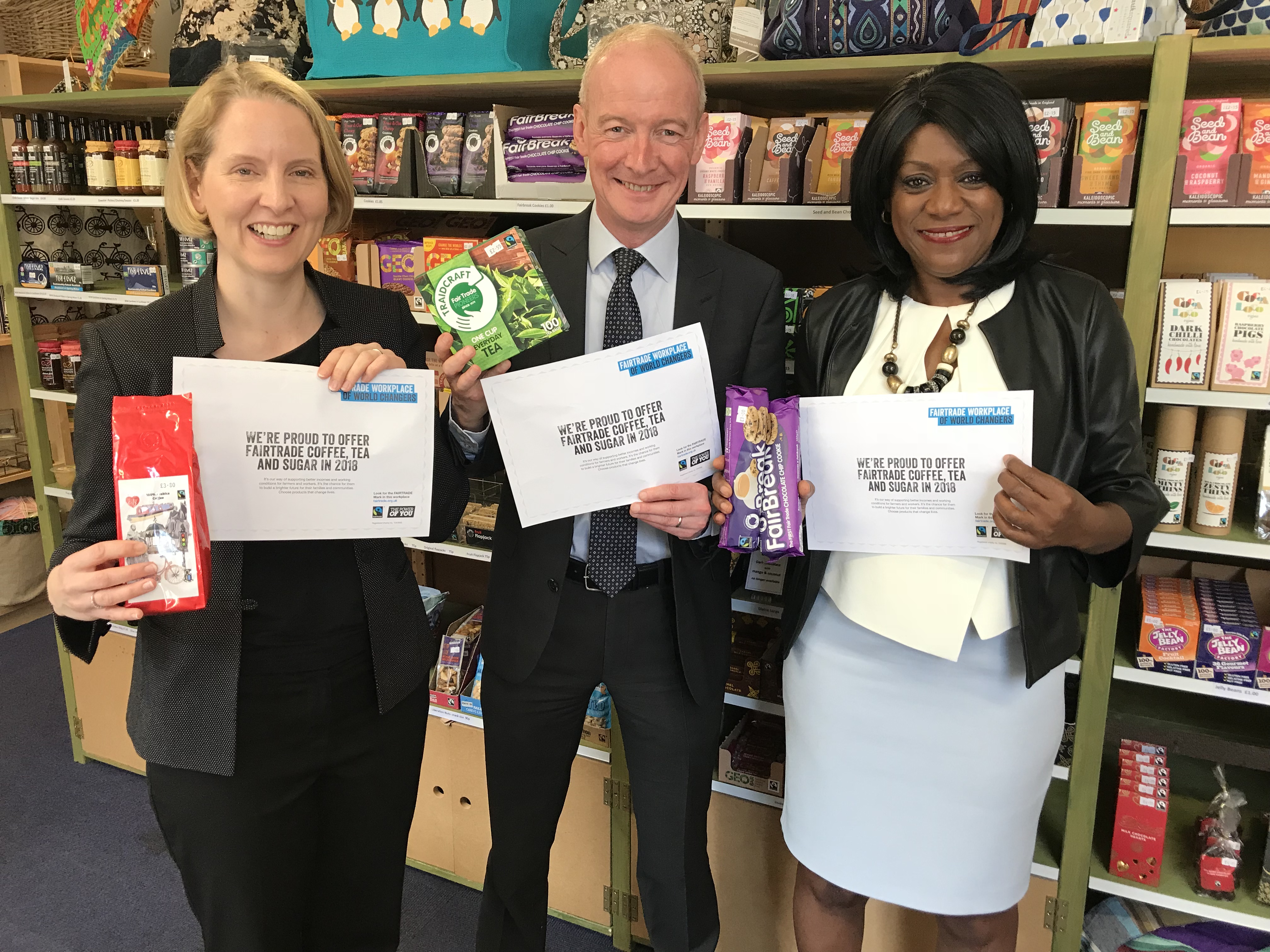