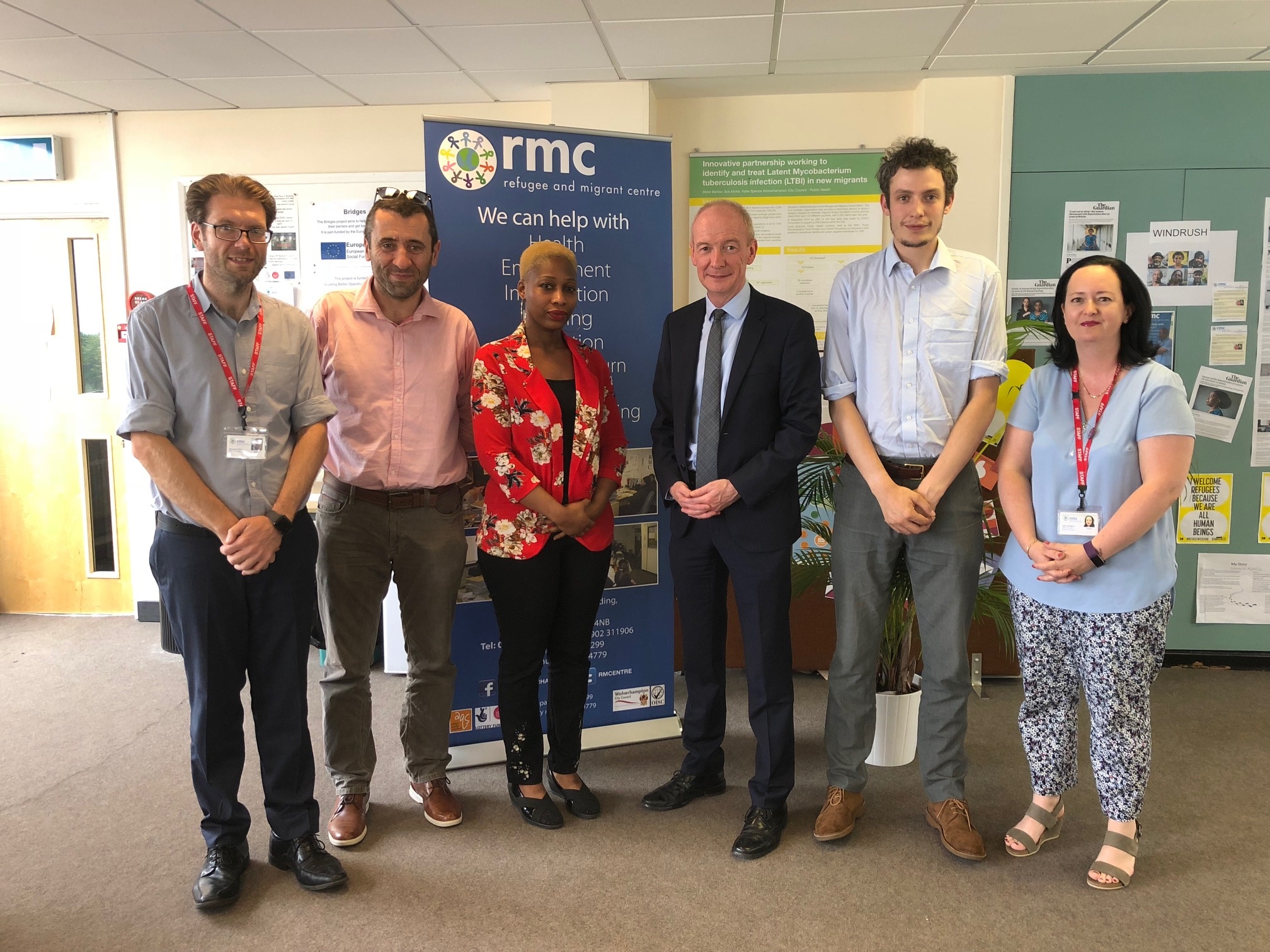 The RMC has been providing a safe, welcoming environment and so much more to over 4700 asylum seekers, refugees, EU migrants and migrants from more established minority ethnic groups across the Black Country since 1999.
RMC are an award winning charity providing support, casework/advice and guidance to some of the most vulnerable individuals and families in our society.

Their highly skilled and diverse staff team provide OISC Levels 1 & 2 Immigration, Employment, Education, Welfare, ESOL, Housing/Homelessness/Destitution and Citizenship advice/casework and support. The staff and volunteers speak over 40 languages; RMC aim to ensure they make the first and every contact count.

The RMC is a fantastic organisation in the city, they rely on lots of dedicated volunteers who dedicate their time for free to helping others. The RMC was a key player in exposing the Windrush scandal which was a total shambles and the RMC have supported many victims of this continued ordeal. I’d like to pay tribute to all the staff and volunteers at the RMC who work tirelessly in helping those in our community.