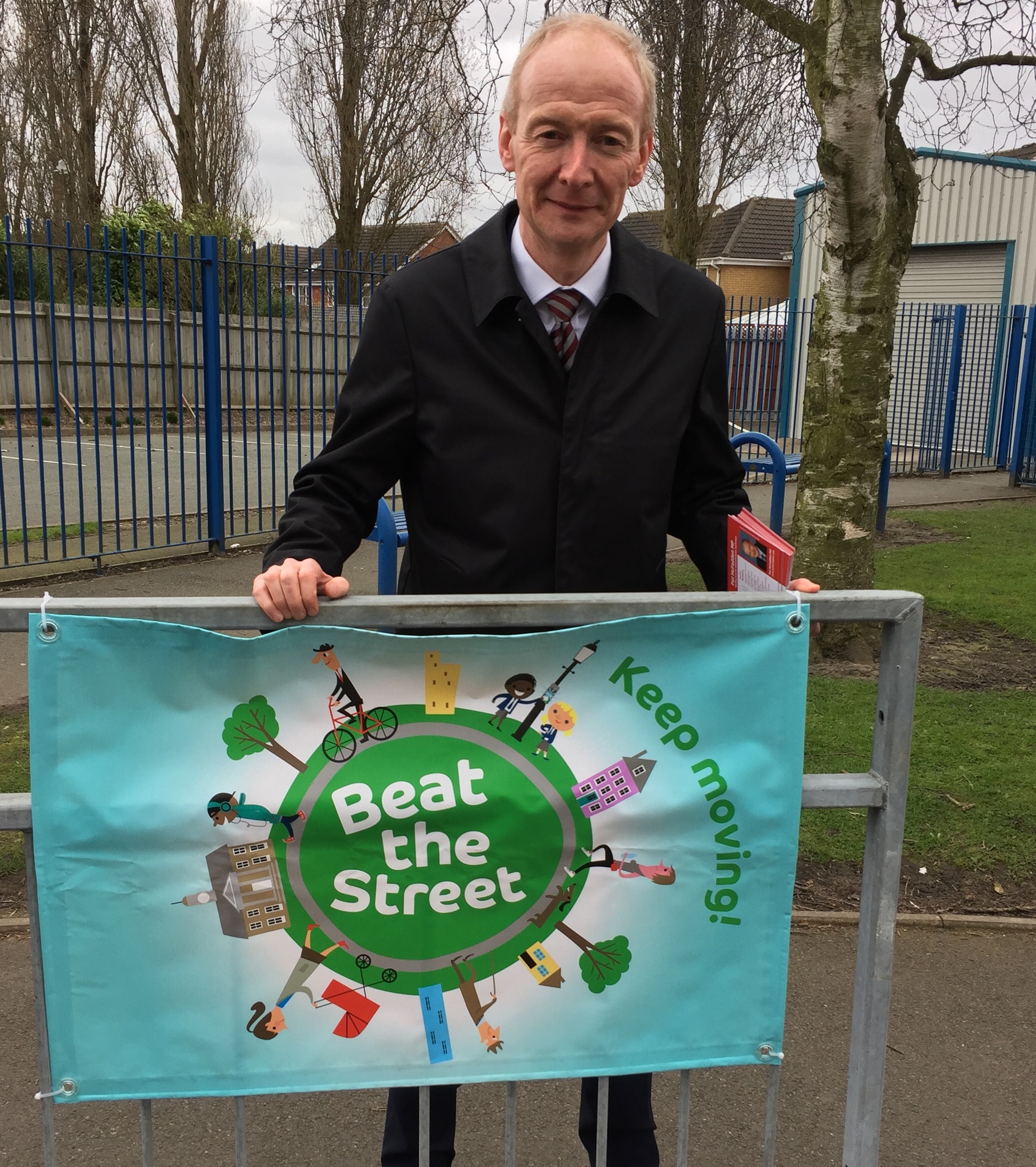 Beat the Street has got off to a flying start with people travelling 26,000 miles in the first five days of Wolverhampton’s giant walking and cycling game.

More than 17,800 people are taking part and have already walked and cycled the equivalent of travelling to Parliament and back over 100 times since the launch of Beat the Street on Wednesday (15 March, 2017).

The hugely popular walking and cycling challenge has returned for a second year after more than 27,000 people took part in 2016, racing across Wolverhampton to complete miles, collect points and win prizes.

The free competition continues until Wednesday 3 May, 2017, and challenges people to see how far they can travel across Wolverhampton in return for points and prizes. Players score points and miles by tapping special sensors called Beat Boxes which can be found on lampposts around the City.

Tapping one of the 191 Beat Boxes at the start of the journey, and others en route or at the end, calculates the distance that the player has travelled. This is recorded against the card and added to the player’s individual total, their team total and the city’s overall score.

I have created my own team and will be racing to tap beat boxes around my constituency on 28th April where I am doing a ‘Beat the Street’ walk with a class from local primary school Holy Trinity, in Bilston.

Beat the Street is a fantastic health initiative which encourages people of all ages to join the fun but to also improve their health by exercising more! Staff in my Wolverhampton office have been taking part and local councillors and community members have also signed up to join my team! I am looking forward to the planned walk with the staff and children from Holy Trinity Primary School in Bilston and we hope to collect as many points as possible!

There is still lots of time to pick up a card and get involved. To find you nearest distribution centre is, please visit;