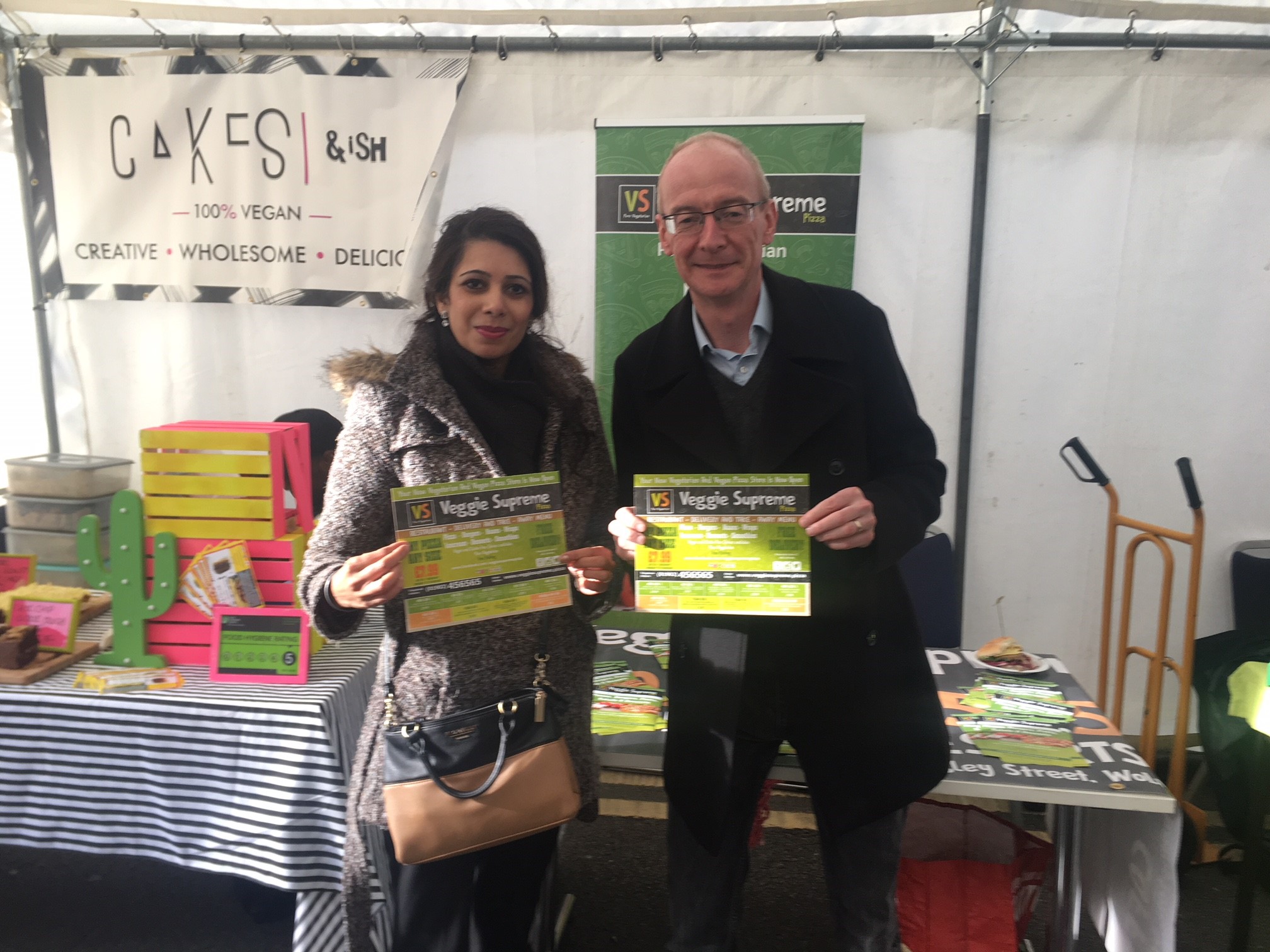 This weekend food lovers enjoyed a taste of vegan cooking at the two-day festival which was held in Wolverhampton.

It celebrated its 10th year, the West Midlands Vegan Festival is the longest running grassroots vegan event in the UK.

Wolverhampton South East MP, Pat McFadden joined revellers where he enjoyed vegan jelly and visited stalls such as veggie supreme (pictured). Pat commented, “It was a pleasure to attend this year’s vegan festival in Wolverhampton. There were over 150 stalls and lots of entertainment. You didn’t have to be vegan or vegetarian to attend the festival! The food was delicious and I was especially impressed with the range of ethical products and produce available”.

Last year more than 6,000 visitors enjoyed the West Midlands Vegan Festival, making it the most successful since it was first held in 2007.

Admission to the West Midlands Vegan Festival was just £1 on the door, with under 16s free.

For more information and to find out about next year’s event, please visit www.veganmidlands.org.uk/festival.