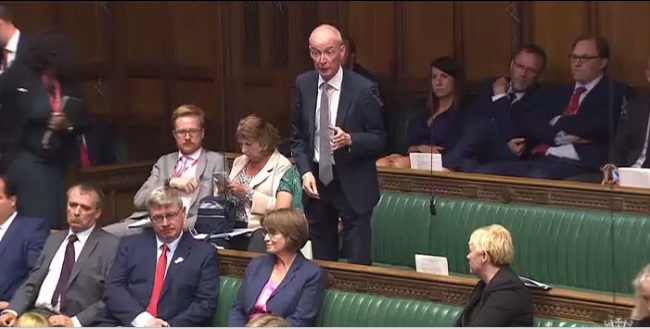 The striking thing about the spring statement given this month by the Chancellor is what is regarded as the new normal for economic growth.

Growth of 1.5% or less, year after year after year is way below the trend in recent decades. This lower growth means less money in tax revenues for public services, and less prosperity for our citizens. And the sharp break in what the forecasts say starts two years ago.

Of course there is a lack of trust in economic forecasts and it could be that the economy does better than predicted but on the same day that the OBR published these figured the international body, the OECD, said UK growth this year would be the lowest in the G20 group of major economies. In other words, we have weak growth at a time when the world economy is booming. I appreciate there are arguments about what the Brexit effect will be but the Government’s own estimates, published last week by the Brexit Select Committee on which I serve, suggest that leaving the single market and customs union will hurt growth even further and mean the Government borrowing tens of billions of pounds more to try to bridge the gap. My overall verdict: a weak outlook going forward which would be even weaker if the rest of the world wasn’t growing so strongly.

And when it comes to individual budget announcements the Tories kept up their record of having to drop them pretty quickly -; just a day after the Chancellor said he might abolish the 1p and 2p coins news emerged that the Government had done a u-turn. Your pennies are safe.