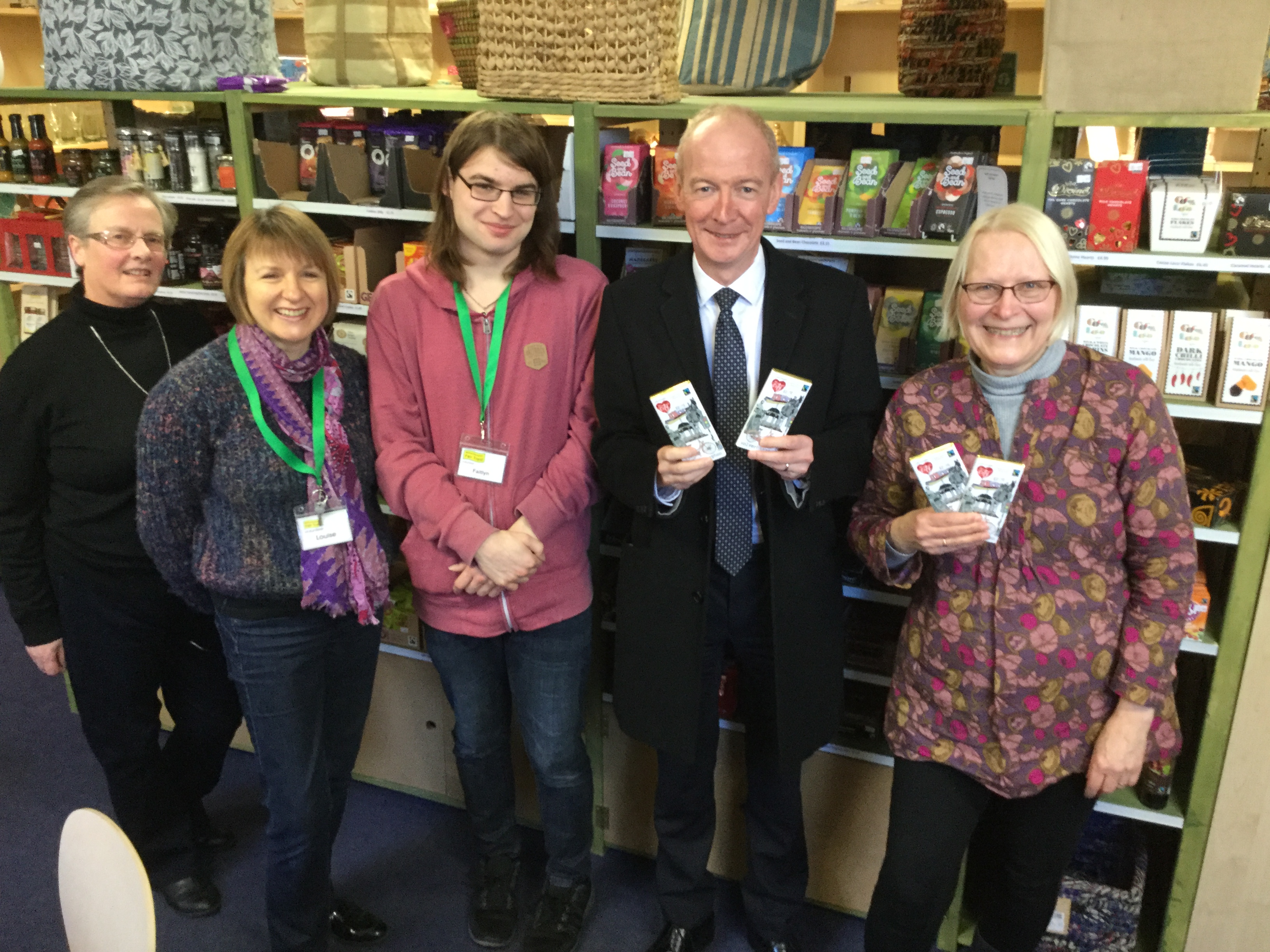 Finally, I went on to visit the Fairtrade Shop on Darlington Street in Wolverhampton and I was impressed by the hard work of the volunteers and staff in the shop. They have a wide range of products including; food, chocolates, clothing, bags, scarves and much more and most importantly the Wolverhampton Chocolate bar!