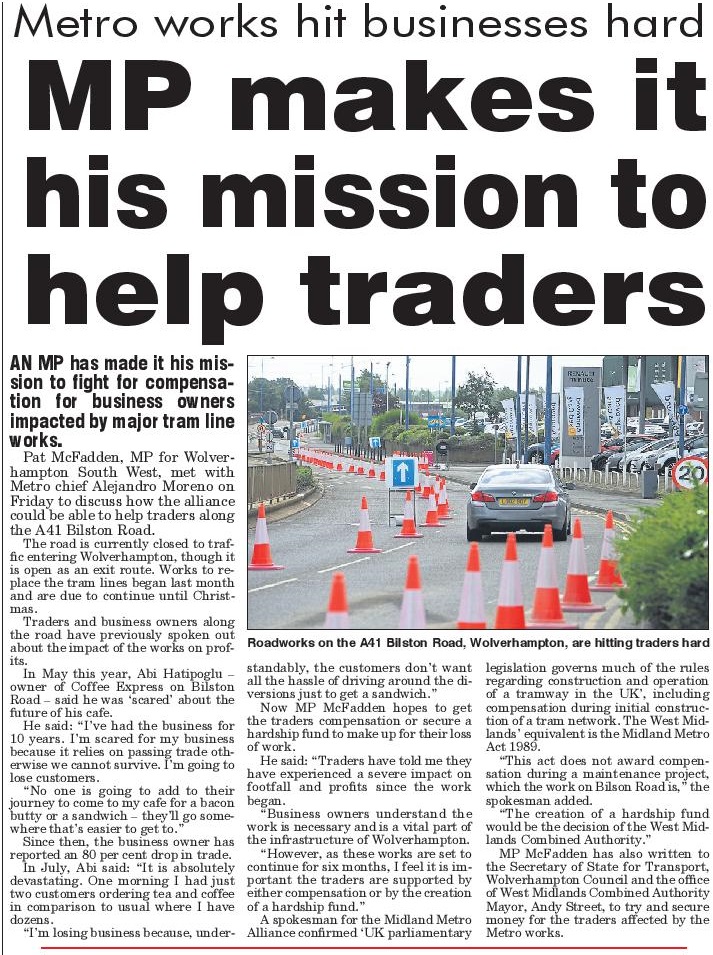 Pat has been supporting Bilston Road traders since July with their plummeting drop in trade since the start of the Bilston Road tram works. Here is an update of what Pat has done most recently;

“A few weeks ago, I met with Midland Metro Alliance boss Alejandro Moreno and although the meeting was cordial, Mr Moreno made it clear that compensation was not a matter for him but instead for the West Midlands Combined Authority. I have already written to the Midland Metro Mayor, Andy Street (a number of times) and I am still waiting for a response from him. This is a regeneration project and it would be a tragedy that in the name of regeneration businesses have to close”. Pat McFadden MP, Wolverhampton South East.

In addition to this, Pat has written to; the City of Wolverhampton Council and The Secretary of State for Transport to seek further support for the traders.