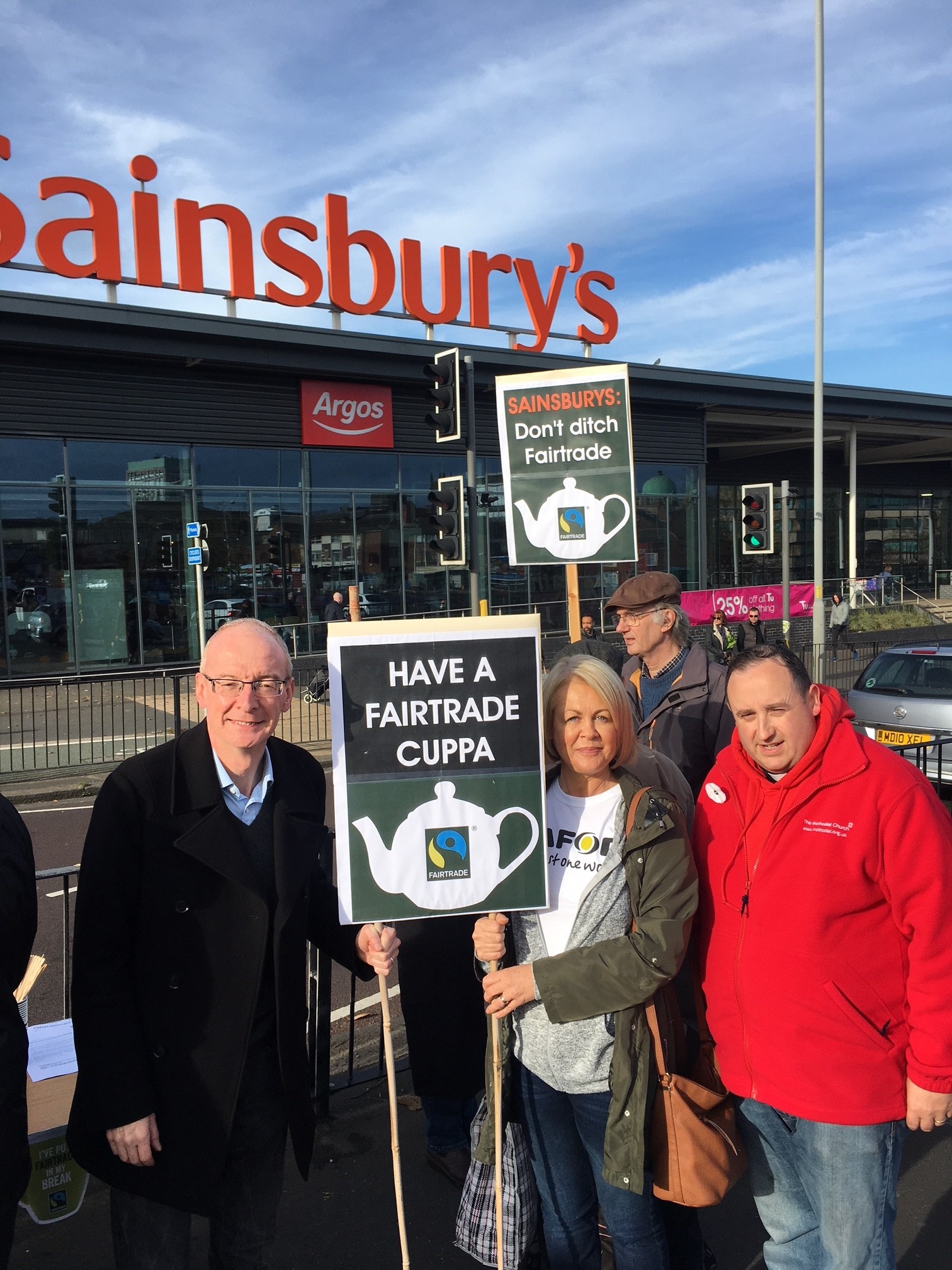 On Saturday, the Wolverhampton South East MP Pat McFadden joined local residents outside the store (in the City Centre) where they held a guerrilla tea party to challenge Sainsbury’s decision to abandon the Fairtrade mark on some of its own-brand tea in favour of its own scheme.

On Saturday, members representing various Wolverhampton churches and other community groups headed to the streets of Wolverhampton to raise awareness of Sainsbury’s decision to replace the Fairtrade mark on its Red Label and selected other teas with its own ‘fairly traded’ version.

Pat commented “Wolverhampton is a fair trade city, the movement has grown in strength, with a wider variety of products and a greater knowledge and understanding of fair trade. It would be a great shame if one of our most popular supermarket chains dropped the Fairtrade mark”.

Pat has always been a keen supporter of the fair trade movement in Wolverhampton. Earlier this year, he attended the Wolverhampton Fairtrade Partnership’s AGM where he indulged in purchasing many Wolverhampton (Fairtrade) chocolate bars (pictured) and supporting the movement.

Wolverhampton’s history of fair trade kicked off in 1991 where we saw the first fair trade shop opening and the selling of fair trade products. In 2004, the City became a fair trade city and in 2016 the Fairtrade Foundation renewed that status.

On Saturday, shoppers were offered cups of Fairtrade tea as they made their way to Sainsburys and asked to sign a letter which will was later handed in to the manager of the store. 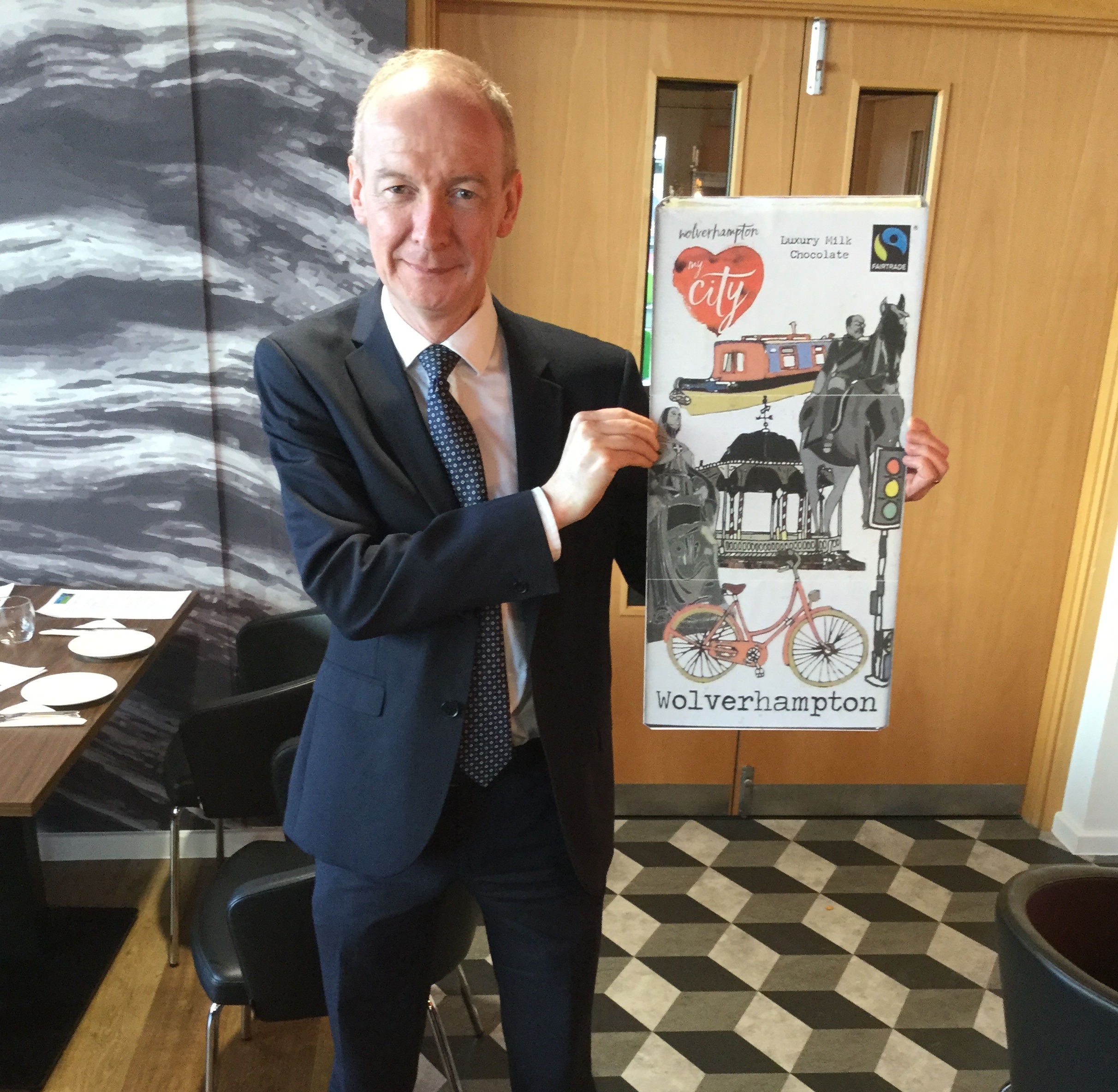