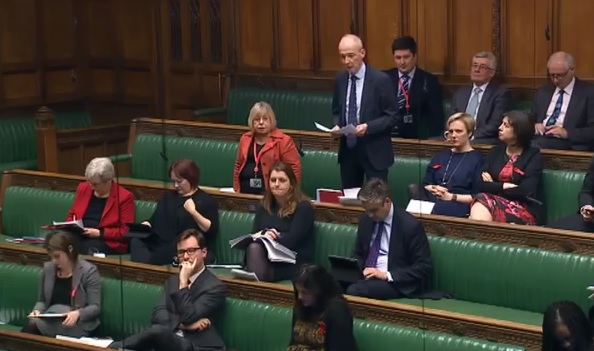 The main headline from the Budget is the downgrade in the UK growth forecasts.

They have been downgraded for this year and every year for the next four years. The highly respected Resolution Foundation has described this as “the mother of all downgrades”.

As recently as last year, the Office for Budget responsibility assumed that in the medium term the UK economy would grow by around 2% each year. They now think it will be around 1.5%. That may sound like a small difference but year on year it makes a big difference. It means that in four years’ time our economy will be 2% smaller than previously thought. In cash terms this is an economy £42bn smaller than previously predicted.

Lower growth means higher borrowing, so the OBR predicts extra borrowing of £13bn in 2021 and £17bn in 2022. It also means a continuation of austerity with more cuts pencilled in right through to the mid-2020s.

Lower growth also means lower wages. The Institute for Fiscal Studies estimates that in four years’ time, average incomes will be about £1,400 per year less than previously predicted.

So overall, the budget paints a picture of a country which will be poorer than previously predicted, with spending cuts for longer, higher borrowing and lower incomes. If these predictions are true our constituents will feel the effects directly in their pockets and in terms of their standard of living.

Paying £50bn to get into serious negotiations about the future is the opposite of what was promised during the referendum. Voters were promised £350m a week more for the NHS. Instead, taxpayers could have to fork out up to £50bn as a result of the referendum. That’s almost £80 million for every constituency in the country. And as I said in my speech in Parliament on the Budget, this comes at a time when we have almost 10,000 people on the housing waiting list in Wolverhampton, when our NHS is under severe pressure and when our police force has lost 2000 officers and £145m from its budget since 2010.

The tragedy is not just the sums of money the Government will pay. It is that their strategy is to pay these sums for a worse deal than we have at the moment. Some countries outside the EU pay to be in the single market. We are paying these sums to leave the single market and thus to have less market access for our industries than we have right now.