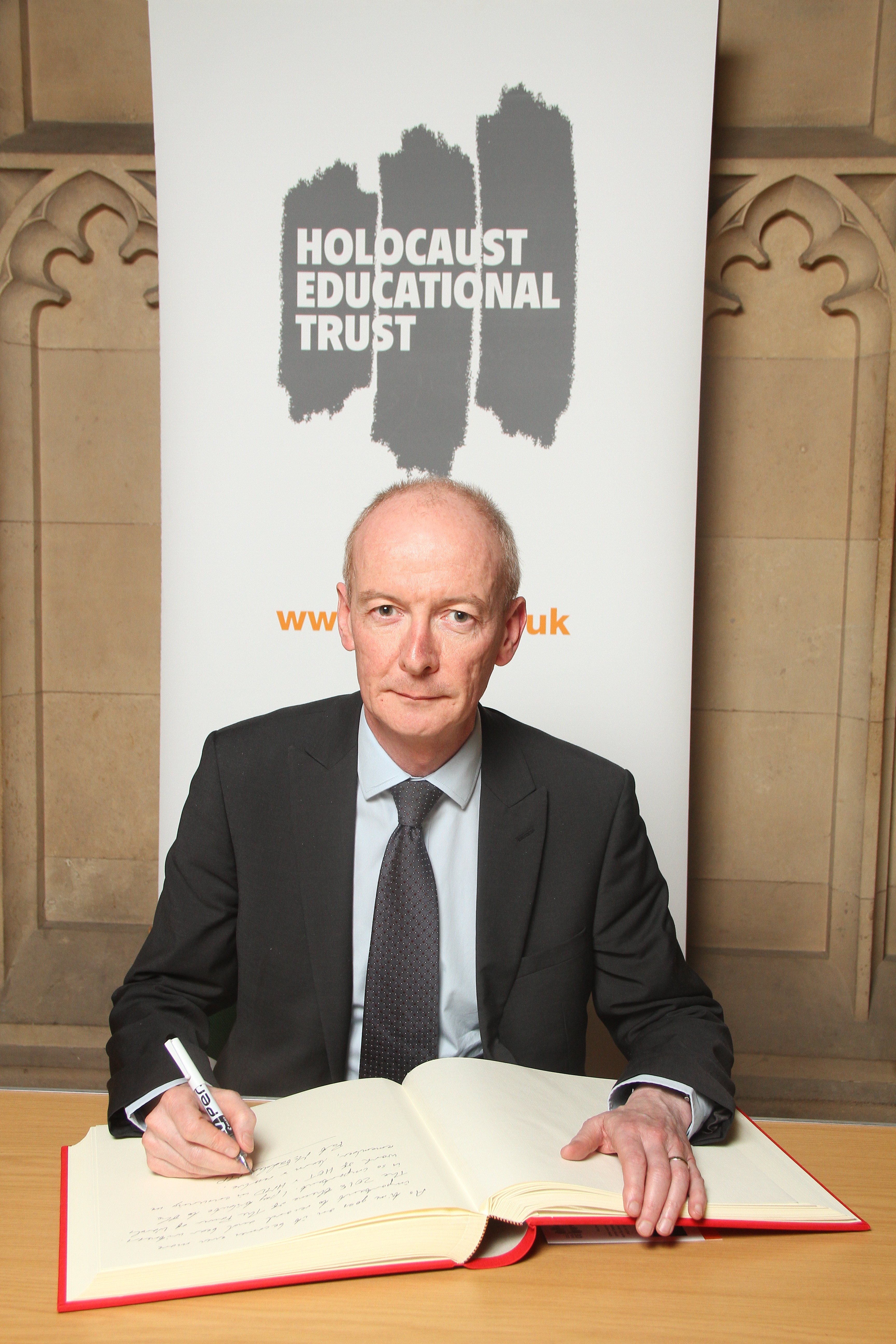 Last week, Pat McFadden MP signed the Holocaust Educational Trust’s Book of Commitment, in doing so pledging his commitment to Holocaust Memorial Day and honouring those who were murdered during the Holocaust as well as paying tribute to the extraordinary Holocaust survivors who work tirelessly to educate young people today.

Saturday 27th January will mark the anniversary of the liberation of the Nazi concentration and death camp Auschwitz-Birkenau, the site of the largest mass murder in history.

In the lead up to and on Holocaust Memorial Day, thousands of commemorative events will be arranged by schools, faith groups and community organisations across the country, remembering all the victims of the Holocaust and subsequent genocides. The theme for this year’s commemorations is ‘The power of words’. It will recognise that spoken and written words from individuals, corporations, community organisations or the state can have a huge impact, whether good or bad, and explore how language was used in the past and is being used today.

After signing the Book of Commitment, Pat McFadden MP commented:

“Holocaust Memorial Day is an important time to mark one of the darkest periods in human history. As time passes it is all the more important to remember where hatred can lead, and to resolve to stand up for the dignity of all people. I look forward to attending the service in Wolverhampton on Friday.”

Locally, Wolverhampton will come together to remember the victims of Nazi persecution, the Holocaust and other genocides around the world when the City marks Holocaust Memorial Day on Friday.

The service in St Peter’s Square starts at 11am and will be attended by representatives from various faith communities, Trade Unions and pensioners’ organisations, Civic leaders and members of the public.