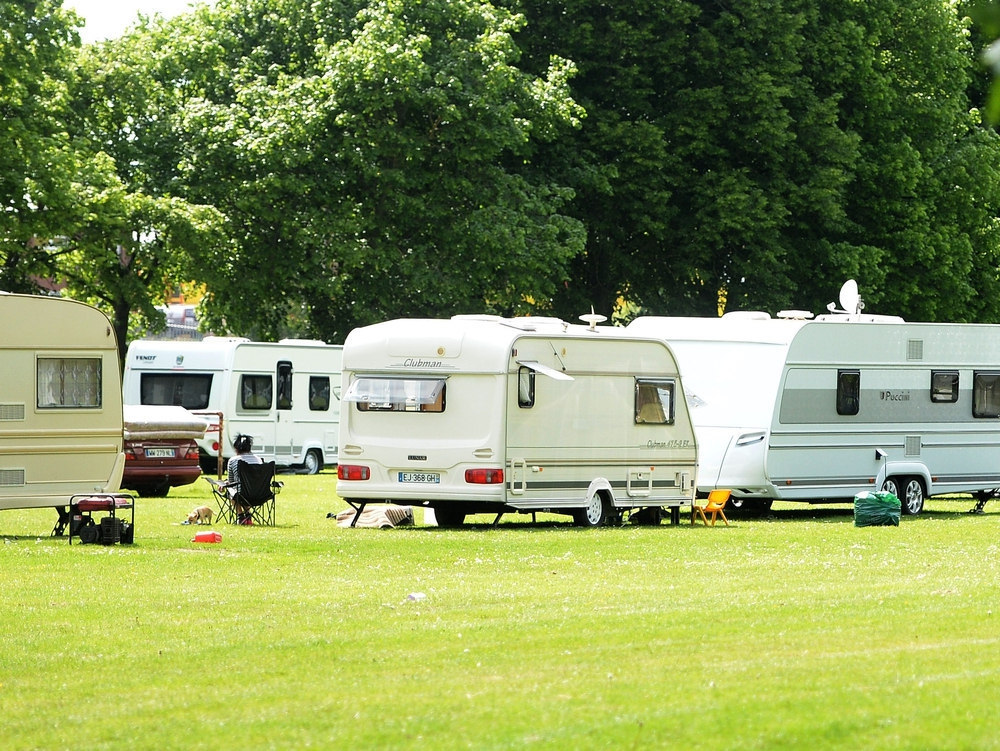 Today, I wrote to the leader of the council- Cllr Patrick Harley- at Dudley MBC opposing plans to establish a camp for travellers at Budden Road Coseley after a local company made clear that the plans could threaten 30 local jobs.

I highlighted that the threat to local jobs was “far too high a price to pay” to establish a temporary camp for travellers. I have urged the council to find an alternative site which costs less and does not pose a threat to local employment.

In my letter I state that, “I believe Budden Road is the wrong location for such a camp. Local councillors have been told the land is contaminated and unfit for such a purpose. The proposed cost is excessive at a time when the council, like all others, is having to make savings elsewhere. The proposal is opposed by local residents. And now it is reported that its establishment could pose a threat to 30 jobs at Commercial Body Fittings Ltd (CBF) next to the site. These new jobs are much needed in the local area. However, if the council’s proposal for the travellers’ camp goes ahead, not only will the expansion at CBF not happen but the company may relocate completely, taking 30 jobs away from our area. The constituency of Wolverhampton South East which includes Coseley East is among the top 20 in the country for unemployment. We need more jobs locally, not fewer.”

A copy of my letter can be found below. 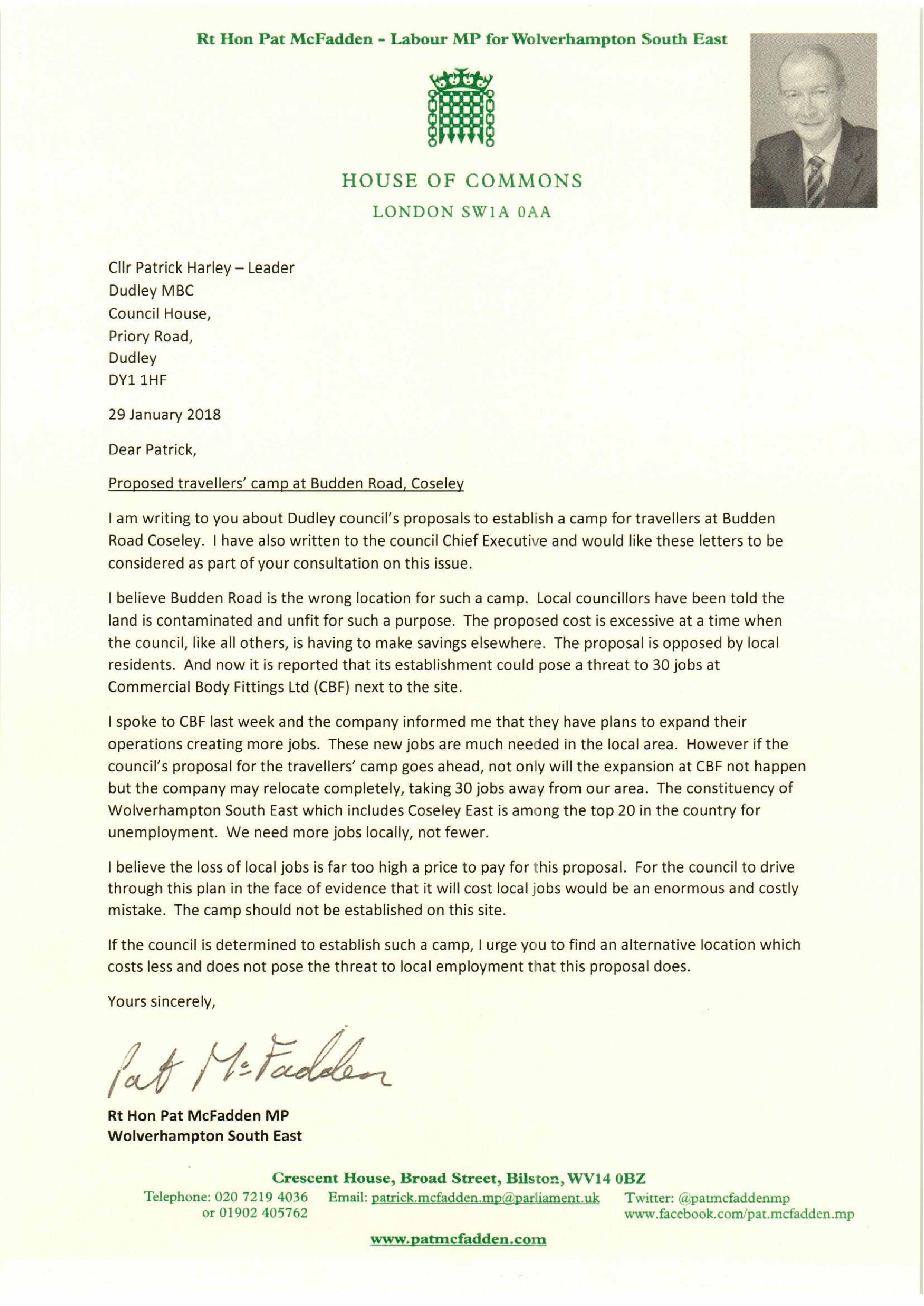